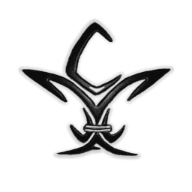 Brent A. Goudeau ARNAUDVILLE - Funeral services for "T-Brent" Anthony Goudeau, 16, will be held 4 p.m. Sunday at St. Francis Regis Catholic Church here with burial in the St. Francis Regis Mausoleum. Officiating will be the Rev. Dan Schexneider. Mr. Goudeau, a resident of Grand Prairie and Arnaudville, died Friday, July 23, 1999 at Ville Platte Medical Center following a courageous battle with cancer. He was surrounded by many loving family members and devoted friends, prior to his death. Throughout his illness, and even in his death, he influenced many young people to return to their faith, giving their life to the Lord Jesus Christ. Prior to his illness, Mr. Goudeau completed the 8th grade. Survivors include: his father and step-mother, Brent and Sue Goudeau of Grand Prairie; his mother and her companion of many years, Carolyn Richard and Eugene Mistriot of Arnaudville; his grandparents, Joseph Eugene and Jereline Richard of Arnaudville, Charles and Roxan Goudeau of Lafayette and John and Dee Niederhoffer of Lufkin, Texas; his great-grandmothers, Gertie Pitre Stelly of Arnaudville, Mrs. Sydney Stelly of Cecilia and Marie Stelly of Cecilia; his great-great-grandmother, Alta Carriere of Arnaudville; his sister, Danielle Goudeau of Grand Prairie; two step-brothers, Joey and Bubba Leger of Grand Prairie; four uncles and their spouses, Keith and Mary Niederhoffer of Lufkin, Texas, and Kenneth and Libbie Richard, Shane and Arlene Richard and Richard and Jodi Richard, all of Arnaudville; three aunts and their spouses, Denise Burke of Lufkin, Texas, Julia and Robert Lanclos of Arnaudville and Paula and Warren Whaley of Opelousas. Mr. Goudeau is also survived by his godmother, Debbie Richard of Leonville; godfather, Jeff Richard of Leonville; and numerous cousins. He was preceded in death within the past 13 months by his great-grandfather, Wilton Ortego and great-grandmother, Ester Stelly. Visitation began 2 p.m. Saturday and continues until time of service Sunday at Pellerin Funeral Home in Arnaudville. Pallbearers will be Brandon Lanclos, Josh Sylvester, Jacob Sylvester, Matt Sylvester, Bubba Leger, Richard Richard, Ryan Fontenot, Mike Stelly and Ben Stelly. Mr. Goudeau was a great lover of the outdoors, always looking forward to fishing, hunting and four-wheeling with his family and many friends. He will be missed by so many. The family wishes to extend their sincere thanks to the Ville Platte Medical Center staff for the courtesies and comforts given to them and Mr. Goudeau in his final weeks. They also extend thanks to Tulane Medical Center in New Orleans, "Make-A-Wish" Foundation and to all who contributed in so many ways to his family this past year. Delhomme Funeral Homes and Pellerin Funeral Home in Arnaudville are in charge of arrangements.